It’s Up to You: Prevent Data Loss through the use of Online File Storage 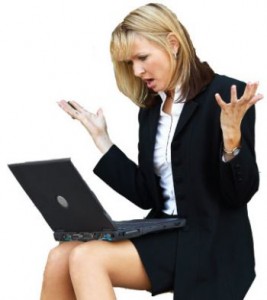 Everyone hears it, most ignore the warning until it’s too late. What are we talking about? Backing up your computer regularly and storing important documents and files at an Online File Storage site like My Docs Online. It does take a bit of time and some self discipline to get yourself into this smart habit, but it is well worth the effort.

Just for the sake of argument, let’s pretend for a moment that tomorrow is not a very good day. You wake up, get ready for work: everything seems normal. But when you arrive, you are in for a surprise. Your computer won’t boot up. Can you even for a second imagine what kind of predicament you will find yourself in if tomorrow this actually happens?

Or, let’s say you have an important flight to catch in the morning. As you are rushing to make your plane, you absentmindedly set your laptop down on the counter right next to you. You proceed to order your white mocha cappuccino from a Starbucks stand, pay, and then turn around to discover that your laptop is missing. It’s been stolen. All your work, your private files, client lists, saved passwords, and more are suddenly at risk. Your head is swimming with the sheer magnitude of remembering all of the places you’ll need to call within the next hour or two. Does this really sound like something you want to deal with? I didn’t think so.

If you are already in the habit of taking necessary back up precautions, then I salute you. This blog post is not for you. If you are part of the mass majority who ‘just can’t find time’ to move those large files to your online file storage, let’s look at some startling statistics. Are these scare tactics? Maybe so, but they are true facts that you should take into consideration.

If you should have the misfortune of becoming a laptop theft statistic, here are a few tips to keep in mind:

What to Do if Your Laptop is Stolen

Once you’ve recovered from the initial shock, time is of the essence.

Notify the police – Although the percentage of recovered and returned laptops is extremely low, filing a police report will give you a record of the ordeal and may also protect you from identity theft issues.

Change your passwords – Many of us save passwords right on our computer so we don’t have to remember them. This can make accessing sensitive information pretty easy for the common criminal. Change everything you can remember.

Notify clients that could be affected – Were you storing sensitive or personal information for your clients? Legal files, private data, or passwords? If so, notify your clients immediately. Will this affect your client base in an adverse way, possibly causing them to leave you? That is entirely possible, and the number one reason why online storage of documents and files is highly encouraged.

Cancel all your credit cards – Unless you specifically remember which credit cards you’ve used online and which you have not, it’s best to cancel them all and start fresh. Don’t take the risk. Criminals can be pretty patient. What if they wait six months before hitting your account with purchases. It’s better to wipe the slate clean. You may also want to subscribe to an identity theft protection service that will monitor your accounts for suspicious activity.

With these facts in mind, and the potential headaches you’d have to go through, isn’t it wise to store your important files and documents online? For the peace of mind it will give you, it’s certainly worth the extra five minutes per day it takes to transfer and organize your files on like My Docs Online. Learn from other’s mistakes. Don’t be a statistic. 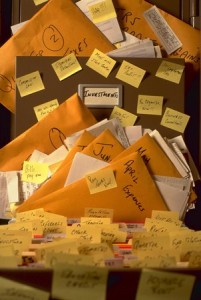